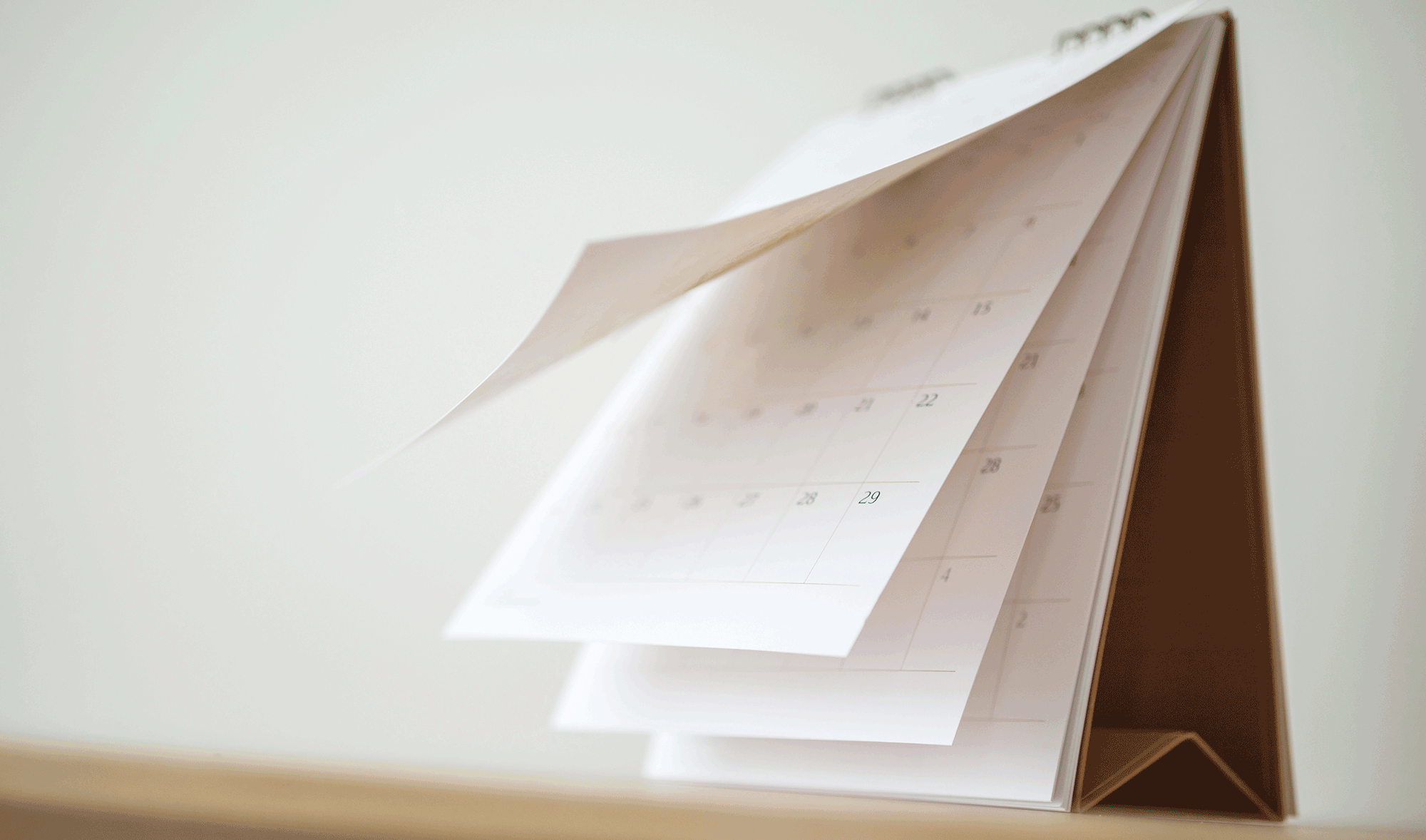 The Prophet said: “The best days to fast after Ramadan is in the ‘month of Allah’: Muḥarram.”[1] So it is recommended for Muslims to fast more in this month than in regular months, if they want to earn extra reward. The 10th of Muḥarram is extra special and is known as the day of ʿĀshūrā’. It is highly recommended to fast on this day and recommended to fast one day prior or after it as well. There are some narrations that indicate other virtuous acts on the 10th of Muḥarram but those reports are not very authentic. Lastly, some people believe the month of Muḥarram is unlucky so they avoid getting married or traveling at this time, but these are baseless superstitions.

How the Islamic Calendar Works

The first year of the calendar begins when the Prophet Muhammad migrated from Makkah to Madinah, known as the Ḥijrah, in 622 C.E. He, along with his early followers, fled persecution and established a new Muslim society.

The Islamic calendar was determined in the year 16 A.H. during the reign of the Caliph ʿUmar. He consulted with the senior Companions and they decided that Muslims should have their own calendar and dates, just like other civilizations and religions have.[3] Someone suggested adopting the Persian or Byzantine calendar, the way that Muslims were using their coins at the time, but this idea was rejected. Others suggested dating the calendar from either the birth or death of the Prophet, the start of revelation when he was forty years old, or the migration from Makkah to Madīnah. The latter idea was adopted since it marked the transition from being an oppressed minority to having an independent community.[4]

The Companions and early Muslims did not actually celebrate the new Islamic year by greeting each other with phrases like “Happy New Year” or anything to that effect. Nonetheless, if no one considers it to be a religious practice or something recommended, then such greetings are fine. It is important for Muslims to be aware of the Islamic calendar and at least know what year it is, even if they are not referring to it regularly. Such a practice maintains a connection with Islamic History and reminds them that Muslims have certain distinguishing characteristics, which establishes their unique Muslim identity.

Four Sacred Months in the Qur’an

The month of Muḥarram was declared special in the Qur’an: “Indeed, the number of months in the sight of Allah is twelve. This was decided by Allah on the Day when He created the heavens and the earth. Four of them are sacred. That is the right religion, so do not wrong yourselves during them.” [Qur’an – At-Tawbah 9:36] The Prophet Muhammad specified these months: “The year is twelve months, of which four are sacred: three consecutive months of Dhul Qaʿdah (11th), Dhul Ḥijjah (12th), and Muḥarram (1st), while the fourth is Rajab (7th).”[5] These months were originally established from the time of Prophet Ibrāhīm [Abraham] and even maintained by the pagan Arabs before Islam, where they would forbid warfare so that people could travel and conduct business, and perform Pilgrimage to Makkah safely. After the Qur’an was revealed, these months were affirmed to have special status, and even enhanced more.

[2] This is according to astronomical calculations. Often, the calendar is determined, for religious purposes, by an actual crescent sighting in the evening. A.H. means ‘after Ḥijrah’ [migration].

[5] See Bukhārī #2958. This does not negate the fact that Ramaḍān is still the most sacred month of the year.